Established in 2020, the Virtual Diplomacy League (VDL) is a year-long “virtual face-to-face” league, culminating with the VDL Championship game in January. Games are played using Backstabbr as a virtual table top and Discord for communications. At least one event per month will be scheduled. The winner of the VDL Championship will automatically receive an invitation to the DBN Invitational Tournament.

To get started, join the VDL Discord Server using the button below! 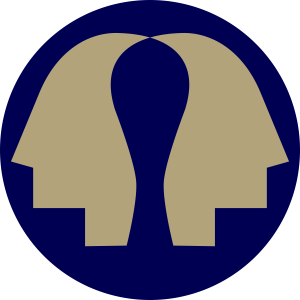 The Virtual Diplomacy League is designed to bring Diplomacy players together in an organized, competitive setting that enables the thrill of live face-to-face Diplomacy games from any internet connected device. This style of play is referred to as “virtual face-to-face”. Each league game is scored and at the end of each season, the top seven players will compete in a championship game to determine that season’s league champion!

The Virtual Diplomacy League holds an event each month.  If there is sufficient demand, additional events may be added. To see the current schedule or register for a game, visit the VDL Discord Server.

Established in 2020, the Virtual Diplomacy League (VLD) is a year-long “virtual face-to-face” league, culminating with the VDL Championship game in January. Games are played using Backstabbr as a virtual table top and Discord for communications. At least one event per month will be scheduled. The winner of the VDL Championship will automatically receive an invitation to the DBN Invitational Tournament.

LETTER FROM THE COMMISSIONER

Welcome to the inaugural year of the Virtual Diplomacy League. The purpose of this league is to bring players together in an organized setting for our new form of Diplomacy, which we refer to as “virtual face-to-face”. If it feels hastily thrown together, that’s because it is! Most of the games which you see recorded in the standings were initially planned as games for my local club, but were attended almost exclusively by players outside of that club. I consider the first year of this league to be a “soft opening”, from which we will draw lessons for a more official launch in February 2021. Just because it’s a soft opening doesn’t mean it isn’t competitive. I am planning a championship board to be played in January 2021, the
winner of which will be the inaugural VDL champion. The remainder of the regular season will be played between August-December of 2020. At least one event per month will be scheduled during that time. Some months may add a second event if there is enough demand. Those events may not look identical to one another as we learn more about which procedures best suit our league, and I thank you all for your patience as I iron out the details and forge through an exciting and spontaneous first season. I also owe a huge thanks to the players, GMs and broadcasters who have participated in the first several months of these games.

In order to keep our games accessible to all, the VDL is instituting a Code of Conduct for our events which draws heavily from the North America Diplomacy Federation Code
of Conduct, covering VDL sanctioned games, comments in the VDL Discord server, and conduct at non-VDL Diplomacy events.

At all times for the entire duration of Diplomacy functions, whether during games or not,
every participant should:

Players are encouraged to report any believed violations of the above provisions to the League Commissioner, GM, or a designated representative. All communications will be handled confidentially. The TD or his/her representative will mediate in good faith and take whatever action he or she deems appropriate to resolve the situation, including pausing a game, censuring players, requiring players to leave the event, and suspending players for a specified length of time

The official VDL standings are listed below. Each VDL game is scored using the OpenTribute scoring system. A player’s total score is the sum of a player’s top three scores, plus the average score for the remainder of their games.